One of the Greatest Songs Ever Recorded: “Blessed Be the Nation” by Judy Banker/Lyrics By Pete Seeger and Jim Muselman!!! 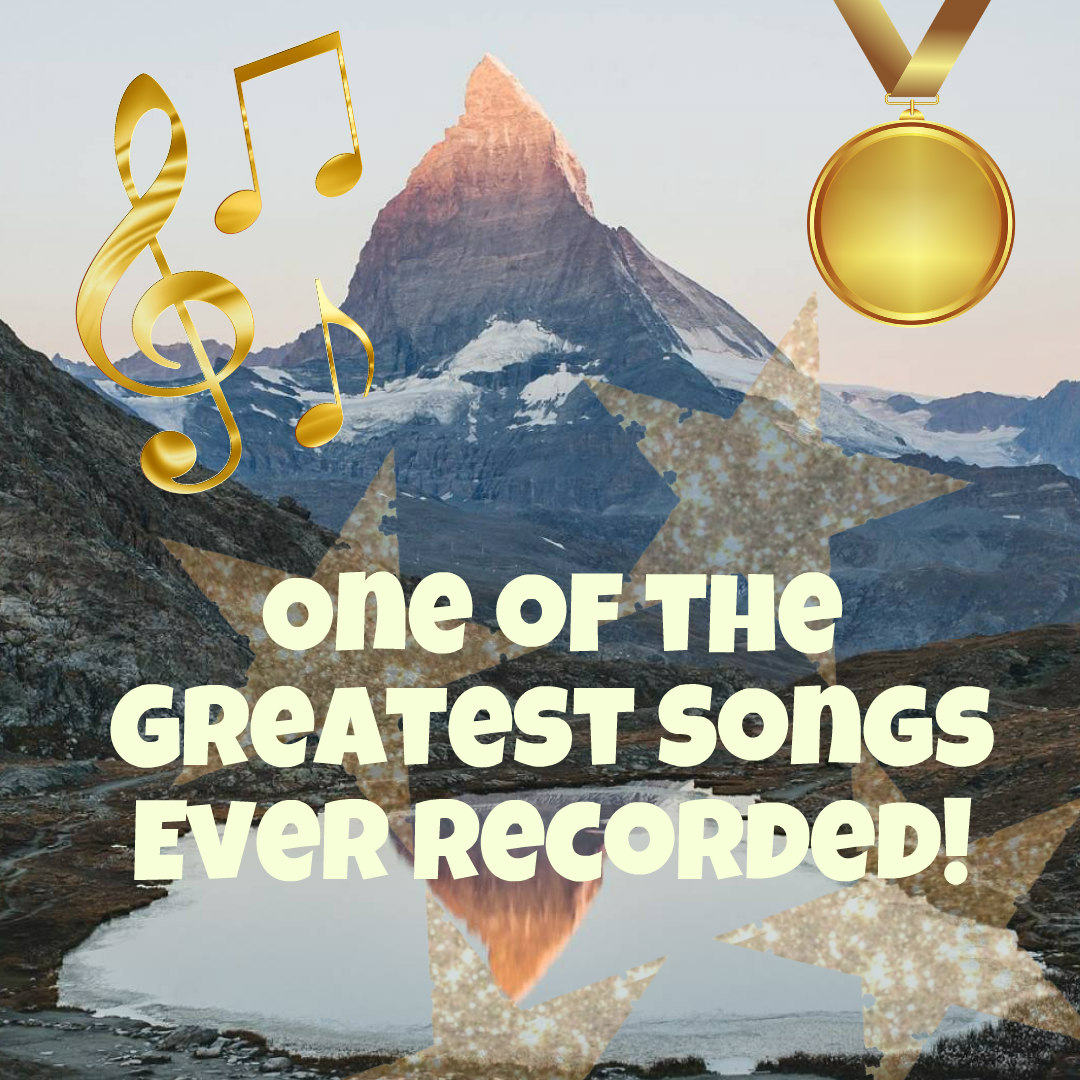 Here’s a link to stream it: https://www.whfr.fm/streamer/

It’s been a year since I posted “Blessed Be the Nation” by Judy Banker.

When I posted the song, I was just getting organized with my new posts about music.

I would most certainly have posted “Blessed Be the Nation” as One of the Greatest Songs Ever Recorded except I didn’t have a graphic for it.

This column corrects that grave error!

Pete Seeger [Hall of Fame] is an idol of mine and today is his birthday!

My earliest recollection of his music was a song called “Little Boxes.”

Back in the day, it was difficult to find any music of any kind on Sunday mornings because every radio station played religious shows or public service shows. It was like being in music prison!

One show that I did find, was an ecumenical show on an AM station that came on at 7:30 AM. It had nice generic segments about being kind to each other.

It also had music!

I remember three songs: “What the World Needs Now” by Burt Bacharach [Hall of Fame], “Variations on a Theme by Erik Satie” by Blood, Sweat, and Tears (1st Movement only and I knew that because I owned the album. That might have been the first hook that got me to tune in.), and “Little Boxes” by Pete Seeger.

Now, I didn’t know who the artists were on the other songs until years later, but that’s the first time I heard him. And it was that live track where everyone seemed to laugh hysterically.

My next memory was seeing Pete on the local news singing a song about “Garbage.” He was in Detroit holding a rally or something. It might have been for Earth Day.

I thought, what a strange song! The words were things my dad had talked about for as long as I could remember.

Things finally came full circle when I ordered “The World of Pete Seeger” from Columbia House as a cutout.

I would order anything if the price was right! I had my own chump change and I was willing to spend it! My own “little boxes” came in pretty often!

“The World of Pete Seeger” truly was a whole world!

There was an instrumental banjo tune and a song about a boxer being killed in the fighting ring for sport, next to songs about war criminals, a Civil Rights anthem, love songs, classic Folk gems, the most brutal version of “Masters of War” that you will ever hear, translated into Japanese as he sings it, songs of peace, and a beautiful version of Woody Guthrie‘s [Hall of Fame] “Hobo’s Lullaby,” as well as one of the greatest songs ever recorded, “My Rainbow Race!”

And those are just some of the songs! And in the middle of those songs was the aforementioned, “Little Boxes!”

I am saddened when I hear singer/songwriters of today act like Pete Seeger is some long forgotten useless elderly person in a nursing home that they don’t want to remember.

Pete would be the first one cheering their effort. He found good in almost everybody and their music.

He had major songs of his own, with big easy choruses for the audience to learn and sing along, like “If I Had a Hammer” and “Turn, Turn, Turn.”

But he also sang other songwriter’s songs as if they were his own.

He was a voice for the lowliest peoples on earth–the ones who didn’t have political power but should have because of their numbers.

Every type of music is pretty much represented in his catalog.

As far as I’m concerned, Pete Seeger, Alan Lomax, and The Library of Congress helped to preserve many ethnic songs!

He had the biggest heart in the music business!

Judy Banker has been on my show more times than any other guest.

She has assisted me on pledge drives to keep my head attached–at least somewhat.

Judy took a poem that Pete Seeger had written with Jim Mussleman from 1964 and was allowed to add a melody.

And I know one of the people who wrote it and others that played on it!

To me, that’s the equivalent of the remaining Beatles joining together to create a new song from a John Lennon demo!

And the song is terrific! It sounds like something that Pete could have written, yet it still retains the Judy Banker sound! I think the phrasing even sounds like Pete!

And I was hooked right from the first time I heard it!

Those first four notes by Judy–what a hook!

And even though the song is going on fifty years old, it’s, unfortunately, still relevant!

The repetition of “People not profits” for life and death work decisions is how things should be run and is a plea for universal health care–something that would make the coronavirus situation just a tiny bit easier to deal with.

I sure wish I was singing in that choir! They sound so great!

But at least I can sing along with the song.

This song is the only song I have ever played twice on a show because I wanted to hear it again and didn’t want to wait!

I am truly honored to announce The Most Awesomest Song of the Day: “Blessed Be the Nation” by Judy Banker!!!

Pete would have loved this!

Here’s a link for a free download of the song: https://judybanker.com/pete-seeger-blessed-be-the-nation-project

Here’s a bonus song from Pete:

This entry was posted in Greatest Songs Ever Recorded, Hall of Fame and tagged Blessed Be the Nation, Jim Muselman, Judy Banker, Pete Seeger. Bookmark the permalink.