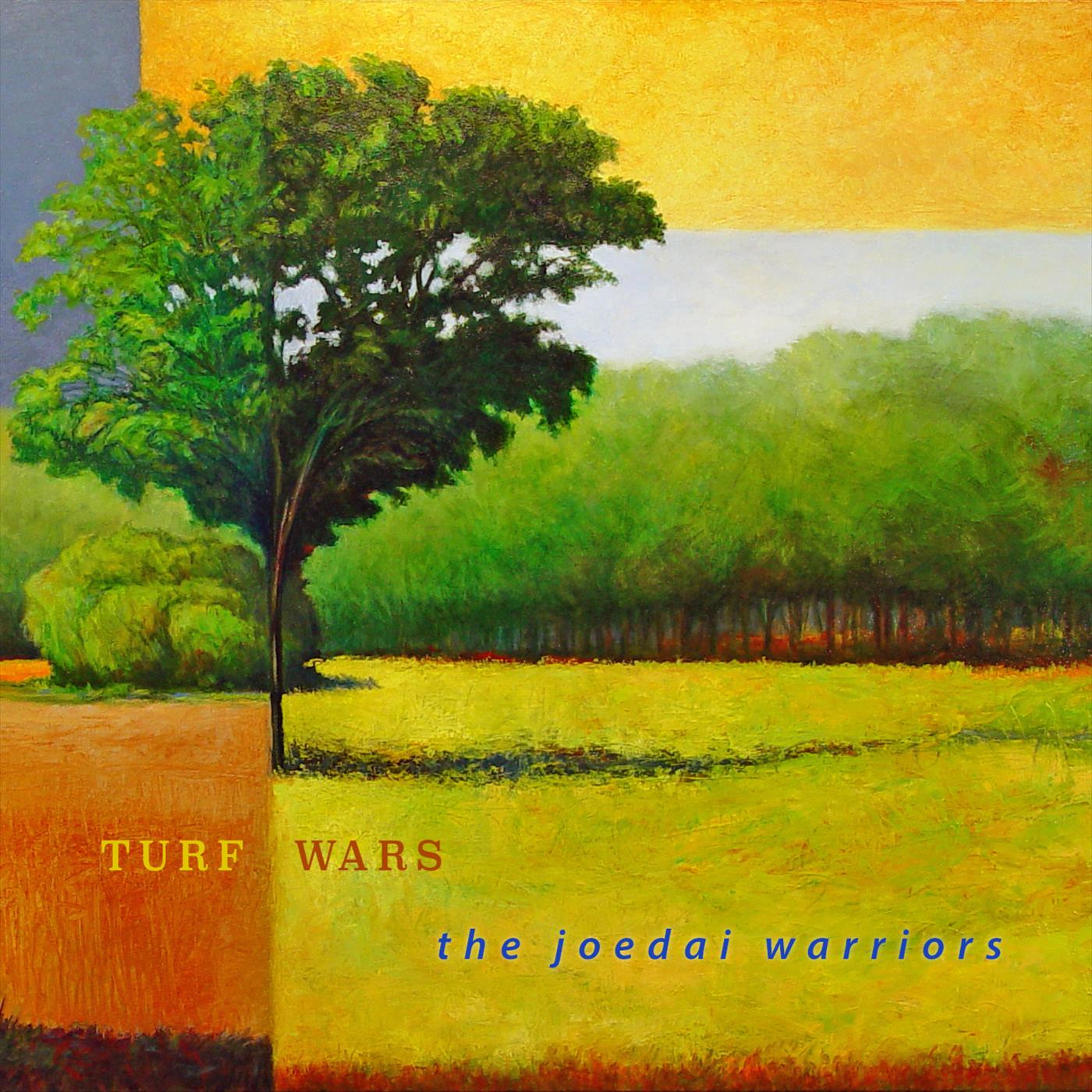 I’m not sure if I’ll ever get another chance, so I’m doing my own bit of publicity!

Today is the release date of the new album by The Joedai Warriors, “Turf Wars!”

Not only do I get the opportunity to be on a record with stellar local musical talent like Bill Edwards and Dave Roof, but I am also amongst a large group of superb artists from around the country like Michael Kelsey, Liz E. Brooks and the ultimate leader, Joe Peters– all under the encompassing banner and group name, The Joedai Warriors!

If you’re unfamiliar with Joe Peters and his music, he has been on my album lists in one form or another for 82 weeks at the moment!

He has also had a small town of musicians contributing to his music!

And his music runs the spectrum from serious to silly!

I can’t say enough good things about him!

And I am truly honored to have my maiden flight as a Joedai Warrior be on “Turf Wars!”

On the heels of his two-CD pandemic lockdown opus, Collaboration (music by warriors, zombies & other joedai pilgrims), Hoosier singer songwriter Joe Peters is set to release a new album from the confines of his home in Walnut Creek, California.

OK, you may say, a new album but why the title Turf Wars?

First, lyricist Frederick Michaels sent some lyrics to Joe for a song he’d written, Grass Ain’t Always Greener, and there was some neighborly resentment, cynicism, sarcasm and so forth in those lyrics, and the overall vibe of the song. At the root of it seemed to be different views about lawn care, you know, turf wars. Then along came songwriter Liz E. Brooks with lyrics she called Dandelions, and they too referenced different views of lawn care, but she steered away from conflict–the turf wars–by adopting a laisse faire live-and-let-live attitude, reflected in the vibe and hook of the song. So, the grounds and parameters for Turf Wars had been set, at least at the microcosmic level of individual neighbors. Meanwhile, what has been happening for some time in American society at large, the macrocosmic view, is not that different from what’s going on at the individual level: more turf wars as reflected in national politics and perhaps culminating in the January 6 insurrection at the capitol. So, the album is somewhat bookended by songs written in real time watching TV on January 6—insurrection day—and January 20—inauguration day—both competing claims to American legitimacy, or at least differing views about the future direction of the country. You know, turf wars! These elements and thoughts conspired to suggest the title.

Yet amidst the apparent Turf Wars we have Collaboration!

Joe is of course joined on this album by his long-time mentor and musical guru, Michael Kelsey, who contributes dazzling instrumentation, clever arrangements and flawless production to the endeavor. Also contributing vocals on this album are frequent collaborators Amanda Parker and Liz E. Brooks, who also plays cello on one of the tracks. Appearing as joedai warriors for the very first time are Southeast Michigan music veterans Bill Edwards, contributing background vocals on two songs, and DJ Phil Maq contributing vocals, drums and so much more on another track, while Southern California’s Nalini Lasiewicz recorded vocals on Liz’s song. Lafayette’s own George Buechley recorded pedal steel guitar on a Mike Byers penned song, and June IND bandmates, Chris June & Emily Larimer arranged and recorded awesome harmonies on Frederick Michaels’ aforementioned song. Fellow Hoosier, Cheryl Fletcher, who grew up on a Family Farm had a hand in co-writing a song by the same name, inspired by a Terry Lyons photograph.

Wonderful serendipity and goodwill also led Joe to the exquisite painting by Lafayette-area artist Dan Annarino, who also worked up the lettering.

Over the course of the 12 tracks on Turf Wars prepare to jump on board and ride the wave of emotion that is hope & despair, playful whimsy & harsh reality, loss & acceptance, tension & release. By the end of the ride, hopefully you feel fully alive and ready for the challenges ahead, challenges and rewards, like friends and family and the promise of the new year.

Joe Peters is an American singer-songwriter who has released more than a dozen CDs of original music since 1998. Joe grew up in the Midwest during the late 60s and early 70s, and his songs hearken back to a time when young people sought the experience of peace, love and adventure and expressed this search in their music. Joe has moved to the Bay Area of California, where he continues to write and record.

Download or stream on and after January 6: Music | Joe Peters

Credits for Turf Wars by The Joedai Warriors

Chris’ and Emily’s vocals recorded at home in Lafayette, Indiana